Letter 854c when IRS Rejects a Waiver of Penalty Request 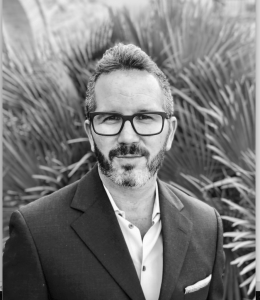 Letter 854c when IRS Rejects a Waiver of Penalty Request

Letter 854c when IRS Rejects a Waiver of Penalty

When a US Taxpayer gets assessed an IRS penalty — such as a Form 3520 Penalty — one of the initial strategies the Taxpayer will usually take is to try to prove to the IRS that any mistake they made that resulted in a penalty was due to Reasonable Cause and not Willful Neglect, pursuant to IRC 6039F. For example, a taxpayer may have received a CP15 notice for failing to timely report Forms 3520, 3520-A, 5471, or 8938. These types of international information reporting form penalties are referred to as assessable penalties under 26 USC 6671 — which means the penalties are issued without the taxpayer first having an opportunity to dispute the validity of the penalty beforehand. In response to a CP15 notice, most taxpayers will submit a reasonable cause statement setting forth their reasons, facts, and circumstances as to why they qualify for reasonable cause and not willful neglect. If the initial reasonable cause submission is rejected, the taxpayer will usually receive a letter 854c.

A letter 854c is an IRS letter in response to a reasonable cause submission in which the taxpayer asks for a penalty abatement — but the IRS denied the initial request. At the time the taxpayer receives a letter 854c they generally have two initial options available to them:

Responding to a Letter 854c

In response to a letter 854c, the taxpayer may usually either respond back to the IRS direct — if the IRS seeks additional information, such as proof that a document was actually filed timely or that a payment was made. Alternatively, the taxpayer may also consider pursuing an appeal in which they generally have 60-days to submit a written statement explaining why the IRS was incorrect in its findings.

A Formal Response Must First be Evaluated Carefully

While the knee-jerk reaction is to submit an appeals letter when the taxpayer does not have documentation sufficient such as proof of payment or proof of timely filing – there are other issues to consider, which is that by submitting an appeal, the taxpayer may lose the opportunity to submit a Collection Due Process hearing later and/or readily go to Tax Court if the appeal is denied.

About Our International Tax Law Firm